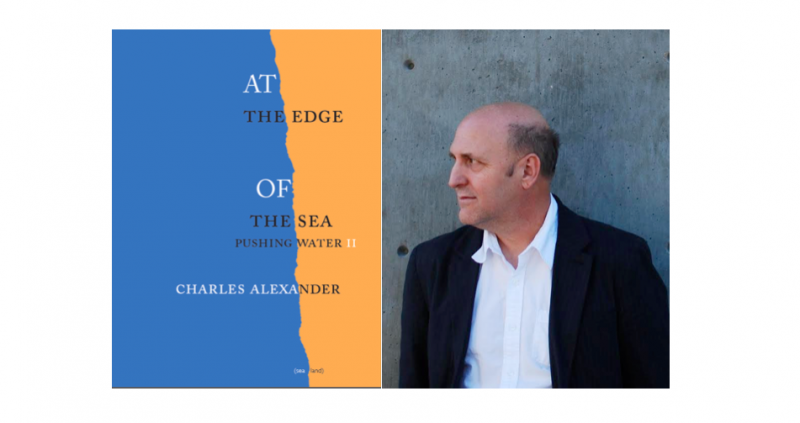 Join us for an evening of poetry with Charles Alexander, Jennifer Karmin, Jose-Luis Moctezuma, Jennifer Nelson and blake nemec.

Charles Alexander: born Hawaii, raised Oklahoma, educated California and Wisconsin and elsewhere. The latest of his 6 books of poetry is AT the Edge OF the Sea: Pushing Water II, and his last two chapbooks have been from Little Red Leaves Textile Series. He has taught at the University of Arizona, Naropa University, and the University of Houston-Victoria, where he directed the graduate Creative Writing Program. He has created books through Chax Press for more than 30 years, including handmade collaborations with artists and writers, and trade books of literature.

Jennifer Karmin’s multidisciplinary work has transpired at festivals, artist-run spaces, and on city streets across the U.S., Cuba, Japan, Kenya, and Europe. Her books include the text-sound epic Aaaaaaaaaaalice and The Sexual Organs of the IRS, a collaboration with Bernadette Mayer. She is anthologized in I’ll Drown My Book: Conceptual Writing by Women, The &NOW Awards: The Best Innovative Writing, Come Together: Imagine Peace, A Sing Economy, and other collections. In Chicago, she curates the Red Rover Series, teaches creative writing to immigrants at Truman College, and is co-founder of a new housing cooperative in Humboldt Park.

Jose-Luis Moctezuma is a Mexican-American poet, translator, instructor, and editor. His poetry and criticism have been published in Jacket2, Chicago Review, Big Bridge, MAKE Magazine, PALABRA, FlashPoint, Cerise Press, and elsewhere. His chapbook, Spring Tlaloc Seance, was published by Projective Industries in 2016. His manuscript, Place-Discipline, is the winner of the 2017 Omnidawn 1st/2nd Poetry Book Prize. Place-Discipline is forthcoming in Fall 2018.

Jennifer Nelson is the author of Aim at the Centaur Stealing Your Wife (Ugly Duckling, 2015) and Civilization Makes Me Lonely (Ahsahta, 2017). Recent poems have appeared or are forthcoming in Make: A Literary Magazine, Versal, Bone Bouquet, BathHouse, Pinwheel, and elsewhere. She is an assistant professor in the department of Art History, Theory, and Criticism at the School of the Art Institute of Chicago.

blake nemec is a writer, teacher & sound artist who lives in Chicago. Sharing Plastic is his hybrid poetry/fiction debut, & he has been featured in situations like the NOPF, JUPITER 88, the Red Rover Series, the Rio Grande Review, Captive Genders, or the SF Queer Arts Performance Festival. He received an MFA from the UTEP and is a Lambda Literary Fellow. He has long worked as a sound recordist in queer independent movies, such as the documentary FREE CeCE! His work obsesses on the extraordinary musicality of everyday conversations by unprotected workers, pansexuals, & gender non-conforming people.

At the Edge of the Sea: Pushing Water II (Paperback)