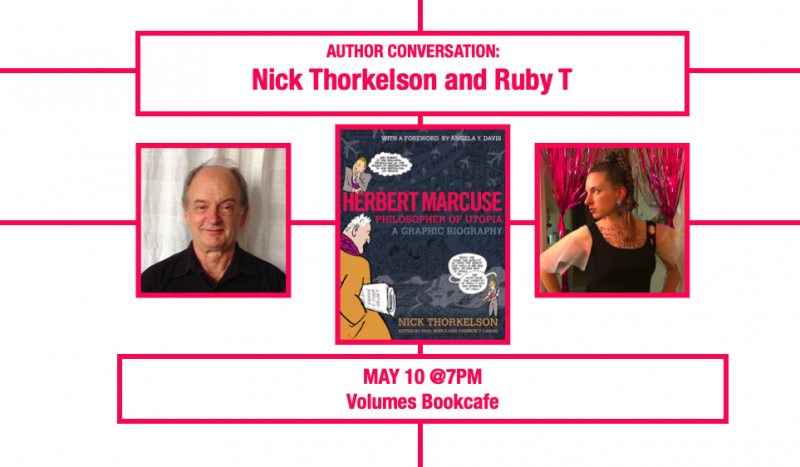 Nick Thorkelson is a cartoonist living in Boston. He has done cartoons on local politics for The Boston Globe and in support of organizations working on economic justice, peace, and public health. He is the co-author and/or illustrator of The Earth Belongs to the People, The Underhanded History of the USA, The Legal Rights of Union Stewards, The Comic Strip of Neoliberalism, and Economic Meltdown Funnies, and has contributed to a number of nonfiction comics anthologies. He is working on a graphic novel about the end of the Sixties, A Better World Is Possible. Nick also moonlights as a musician, animator, graphic designer, and painter.

Ruby T’s work is an experiment in translating fantasy to reality, and she is fueled by anger, desire, and magic. She investigates the stimulating, banal, and often infrastructural as sites of power and exchange: nightclubs, domestic appliances, conferences, and bodies of water. Ruby received her MFA from SAIC in 2016, and was named a 2018 Newcity Breakout Artist. She has shown at Chicago venues including Randy Alexander Gallery, Iceberg Projects, Hyde Park Art Center, and Roman Susan.