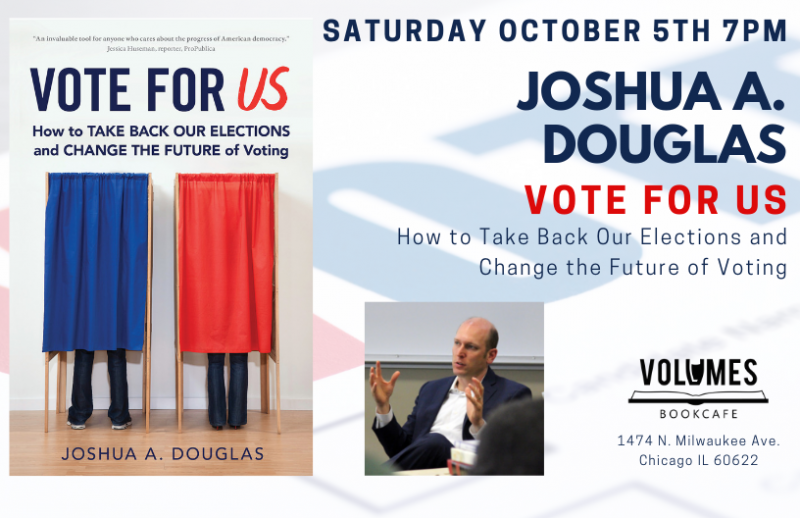 An expert on US election law presents an encouraging assessment of current efforts to make our voting system more accessible, reliable, and effective. Professor Joshua A. Douglas tells the stories of how everyday Americans are working to take back our democracy, one community at a time, by…

The book includes an appendix of organizations all over the country working on these efforts, so you can affect change in your own community!

JOSHUA A. DOUGLAS is a Professor at the University of Kentucky College of Law who has written extensively on election law and the constitutional right to vote. His writing has appeared in the New York Times, USA Today, CNN, Reuters, the Washington Post, Politico, the Atlantic, Huffington Post, and Slate, and he has been quoted in major newspapers such as the New York Times and the Washington Post. He appeared live on CNN on Election Day 2016.

Praise for VOTE FOR US

“Joshua A. Douglas is one of the most important voting-rights experts in the country today. In Vote for US he deftly chronicles how we can make it easier for every American to vote. An inspiring, innovative, and must-read book about how to take back our democracy.”

—ARI BERMAN, senior reporter at Mother Jones and author of Give Us the Ballot

“Douglas’s ability to tell the stories of real Americans working to improve our electoral process paints a hopeful picture of our democracy. This inspiring book will leave readers optimistic about the strength of our country and the values for which it stands.”