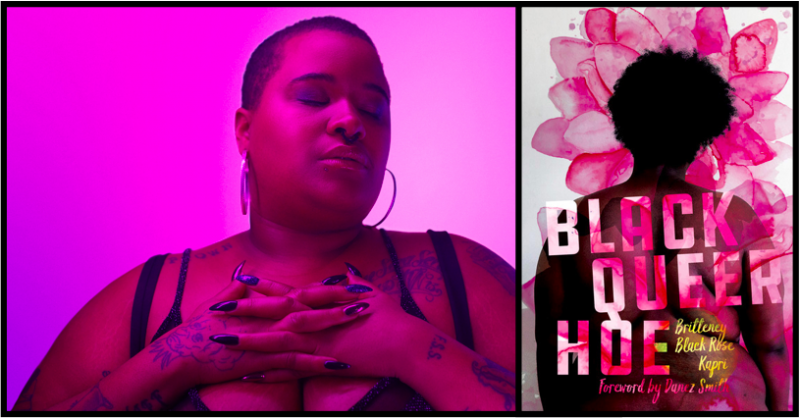 We are elated to announce that we will be hosting Chicago's own Britteney Black Rose Kapri where she will read from her new poetry collection BLACK QUEER HOE. She will be joined by Kennedy Harris.

Black Queer Hoe is a refreshing, unapologetic intervention into ongoing conversations about the line between sexual freedom and sexual exploitation.

Women’s sexuality is often used as a weapon against them. In this powerful debut, Britteney Black Rose Kapri lends her unmistakable voice to fraught questions of identity, sexuality, reclamation, and power, in a world that refuses Black Queer women permission to define their own lives and boundaries.


Britteney Black Rose Kapri is a poet, teaching artist, petty enthusiast and Slytherin from Chicago. Currently she is an alumna turned Teaching Artist Fellow at Young Chicago Authors. She is a staff member for Black Nerd Problems and Pink Door Women’s Writing Retreat. Her first chapbook titled “Winona and Winthrop” was published in June of 2014 through New School Poetics. She has also been published in the Breakbeat Poets volume One & Two, Poetry Magazine, Vinyl, Day One, Seven Scribes, The Offing, Kinfolks Quarterly and her number on many dive bar bathroom walls. She is a 2015 Rona Jaffe Writers Award Recipient. You can probably find her on twitter talking shit about all the things you love, in a classroom talking shit about your kids or at a barstool just talking shit.