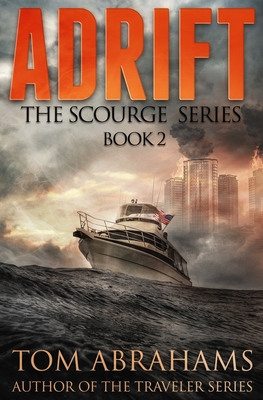 This is book number 2 in the Scourge series.

BINGE READ. KEEP THE LIGHTS ON. LOCK YOUR DOORS.

A mutating plague has killed two thirds of the world's population. Society has collapsed. And Mike Crenshaw is adrift.

From the world of The Traveler Series comes a new cast of characters, new obstacles, and the same devastating, world-altering virus which plunges society into the depth of a dystopian hell.

ADRIFT begins six months after The Scourge takes hold. And while the spread of the disease is no longer and immediate threat, those who survived are left in a world without infrastructure, without laws, and without protection. They must fend for themselves in a Darwinian landscape fraught with danger.

At the same time, a government lab is working to harness The Scourge, to make it into something the military can control and unleash upon its enemies.

It's a nightmarish addition to a story that will keep you up at night with the lights on and the doors locked.