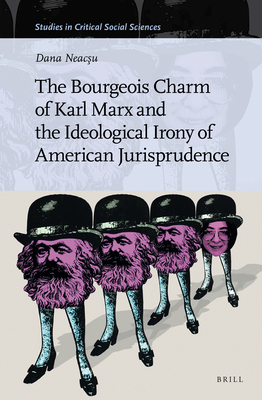 The Bourgeois Charm of Karl Marx & the Ideological Irony of American Jurisprudence employs a well-known body of work, Marx's, to explain the inevitable limits of scholarship, in hopes to encourage academic boldness, and diversity, especially within American jurisprudence.
While scholarly meaning-making has been addressed in specific academic areas, mostly linguistics and philosophy, it has never been addressed in a triangular relationship between the text (T1) and its instigator (S1), as well as its subsequent interpellator (S2). Furthermore, while addressed as a result of difference, it has never been addressed for today's liberal theory, which includes liberal jurisprudence, through the mirror of Marxist difference.
Scholarship is the unique product of the instigator's private and public subjectivity, as all theory is aimed to be communicated and used by the scholarly community and beyond. Understanding its public life, textual instigators (S1) aim to control its meaning employing various research methods to observe reality and then to convey their narrative, or "philosophy". But meaning is not fixed; it is negotiated by S1 and those theories interpellate (S2), according to their own private and public subjectivity, which covers their ideology. Negotiated meaning is always a surprise to both S1 and S2, surprise which is both ironic and ideological. The book has ten chapters, an index and a list of references.

Dana Neacsu, Ph.D. (2011), Rutgers University, is Librarian and Lecturer-in-Law at Columbia Law School (2000-), and Adjunct Professor at Barnard College (2003-). She has published monographs, and many articles on jurisprudence, including Introduction to US Law and Legal Research (Transnational, 2005), Introduction to U.S. Law, Policy and Research - An Environmental Perspective (Vandeplas Publishing, 2019) (with Peter Bower) as well as Sexual Orientation, Gender Identities, and the Law: A Research Bibliography, (2006-2016) (Hein, 2018) (co-editor-in-chief, with David Brian Holt).