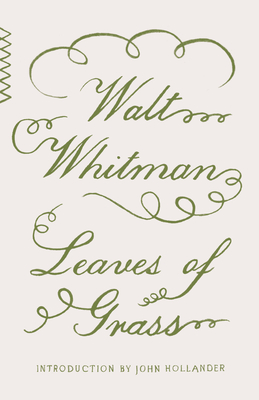 In 1855, an unknown but wildly ambitious young poet self-published the first edition of Leaves of Grass, consisting of twelve untitled poems and an explanatory preface. Walt Whitman spent the rest of his life engaged in expanding and revising this work, through six editions and nearly four decades, establishing Leaves of Grass as one of the central works in the history of world poetry. This edition reproduces the magnificent "death-bed edition," published in 1892 a mere two months before Whitman's death at the age of seventy-two.

WALT WHITMAN (1819-1892), an American poet, essayist, and journalist, was born on Long Island and educated in Brooklyn, New York. He worked as a teacher, government clerk, and journalist and volunteered as a nurse caring for wounded soldiers during the Civil War.

JOHN HOLLANDER was the author of more than a dozen books of poetry and eight books of criticism, including the award-winning Rhyme's Reason: A Guide to English Verse. He taught at Connecticut College and Yale and was a professor of English at Hunter College and the Graduate Center, CUNY. In 1990 he received a MacArthur Fellowship. He died in August 2013.

"Whitman's best poems have that permanent quality of being freshly painted, of not being dulled by the varnish of the years." --Malcolm Cowley