Trail Blazer of the Seas (Paperback) 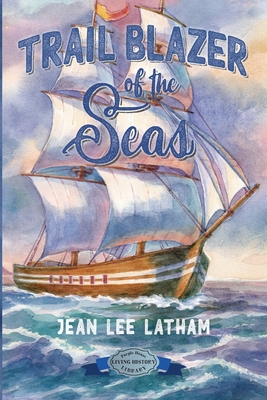 From the author of Carry On, Mr. Bowditch, winner of the 1956 Newbery Medal, Jean Lee Latham writes an absorbing biography of Matthew Fontaine Maury, the man considered to be the father of modern oceanography.

In the early 1800s, the voyage from New York to San Francisco took six months. That was before Maury, a lieutenant in the US Navy, blazed a trail for ships to follow. The first ship to follow Maury's directions based on his wind and current charts cut nearly two months off that time. Later, clipper ships cut that time in half.

For seven years Maury had fought against skepticism and bitter opposition, for the cooperation needed to gather data for his charts. Years later, at a worldwide peacetime conference in Brussels, which he organized in 1853, nine-tenths of the world's ships were helping Maury collect data and blaze more trails.

After the success of his charts, Maury blazed on with more new ideas: he campaigned for a Naval Academy, for better fortification of our southern ports, and separate shipping lanes for eastbound and westbound routes in the Atlantic to avoid deadly collisions.

Jean Lee Latham gives a warm, lively picture of the man and a clear explanation of all his achievements. Victor Mays' drawings are both powerful and authentic. There is no discussion of slavery in this biography.