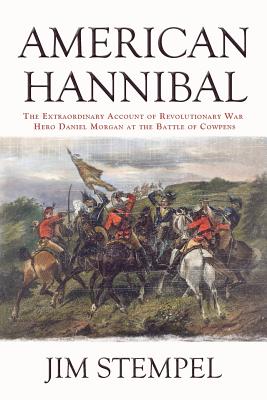 On January 17, 1781, a remarkable battle took place in the backwoods of South Carolina. British Lt. Colonel Banastre Tarleton, handpicked by General Charles Cornwallis for command due to his dash and record of accomplishment, was opposed by Brigadier General Daniel Morgan, a rough-and-tumble son of the American frontier. Morgan employed a scheme so brilliantly conceived and masterfully executed that within an hour, the British found themselves overwhelmed, enveloped, and routed from the field. In response to this stunning American victory, Cornwallis embarked on a reckless, desperate trek north in pursuit of Morgan--a strategy that ultimately led to his own defeat at Yorktown.

In his compelling account of the Battle of Cowpens, Jim Stempel makes the case that Morgan's victory closely mirrors Hannibal's extraordinary triumph at Cannae, regarded by many as one of the greatest military accomplishments of all time. With a narrative style that plunges readers into the center of the events, American Hannibal will enthrall students of American history and newcomers to the subject alike.