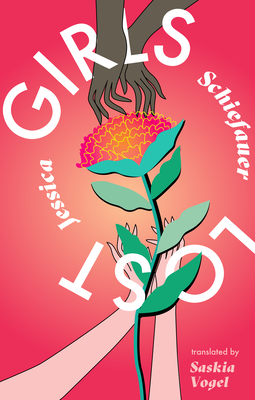 Winner of Sweden's most prestigious literary prize for young readers, Girls Lost is a thriller featuring three teenage girls: Kim, Bella, and Momo. The three occupy a challenging limbo between childhood and adulthood, made only more difficult by the steady provocation of their malicious male classmates and pubescent bodies that are changing beyond their control. They are on the precipice of a grown-up world that seems to be broken into two groups: male and female; public and private; assailant and target. Eager to escape, the girls seek refuge in Bella's greenhouse, a free zone where their imaginations run wild and their talents can flourish.

After their classmates' violations escalate, the three friends plant a strange seed in the greenhouse, and a shimmering, magical flower blossoms. Intrigued, they drink the nectar from the flower, and suddenly find themselves transformed from girls to boys until the next morning. The three return each night to drink from the flower, anxious to explore their world -- and new, older male friends -- with agency and freedom. As they fall deeper into the boys' world, they discover a new reality, one of power and violence, of gangs and drugs. When their nightly escapades turn darker, two of the teens grow wary, ready to turn back and face the reality of womanhood; but Kim is determined to see their discovery to its catastrophic, fiery end. In this tale, the body is a battlefield, and masculinity is a drug. Brilliantly poetic and deeply poignant, this magical story was adapted into an internationally-renowned feature film exploring how we shape our identity, and how we cope with our own transformations.

Jessica Schiefauer has established herself as one of Sweden's foremost writers of literary young adult and adult fiction. She has won the August Prize twice for her books Girls Lost and The Eyes of the Lake. Her books have been translated into several languages and adapted into theater and film. She has contributed short stories to the erotica collection Hot (2012) and the science fiction collection Other Ways: Ten New Utopias (2015), among others. Schiefauer holds a teaching degree in Swedish, English, and creative writing. She lives in Gothenberg, Sweden. Saskia Vogel is from Los Angeles and lives in Berlin, where she works as a writer and Swedish-to-English literary translator. She has written on the themes of gender, power and sexuality for publications such as Granta, The White Review, The Offing, and The Quietus. Her translations include work by leading female authors, such as Katrine Marcal, Karolina Ramqvist and the modernist eroticist Rut Hillarp. Previously, she worked in London as Granta magazine's global publicist and in Los Angeles as an editor at the AVN Media Network, where she reported on the business of sex work and adult pleasure products. Her novel, Permission, , was published by Coach House Books in 2019.