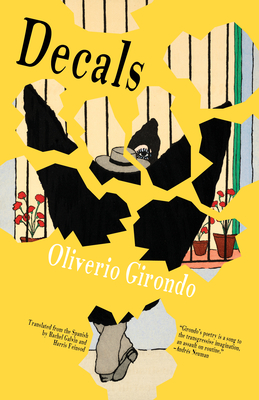 On Our Shelves Now

An important influence on Jorge Luis Borges and many others, Oliverio Girondo was at the center of Argentine poetry in the twentieth century. A very cosmopolitan writer, his early poems--many of which are collected here for the first time in English--demonstrate his wanderlust, crisscrossing Europe and the Americas on streetcars, express trains, and ocean liners. Many of the poems in here were written in diverse world ports, and are perched at the seaside, among sailors, seagulls, and tango caf's. They take the reader on a tour of Spain that cleverly deflates the romantic glamour of the country found in Hemingway and Dos Passos, but reinvigorates it with a sexiness found in Girondo's intensive wordplay, Surrealistic influences, and idiosyncratic flare for metaphor.

Oliverio Girondo authored seven innovative collections of poetry before his death in 1967. Born in Buenos Aires, he frequently traveled to Europe, where he was involved with both the French symbolists and the Spanish avant-garde. He was at the center of an Argentine vanguard focused around the influential journals Martin Fierro and Proa. He has two other collections available in English: Poems to Read on a Streetcar (New Directions) and In the Moremarrow (Action Books). Harris Feinsod is associate professor of English and Comparative Literature at Northwestern University. He is the author of a literary history, The Poetry of the Americas: From Good Neighbors to Countercultures, as well as many essays on modernist literature in Europe and the Americas. He is the director of Open Door Archive. His next book is a cultural history of modernism at sea. Rachel Galvin is an award-winning poet, translator, and scholar. Her books include two collections of poetry, Pulleys & Locomotion and Elevated Threat Level; a work of criticism, News of War: Civilian Poetry 1936-1945; and Hitting the Streets, a translation from the French of Raymond Queneau, which won the Scott Moncrieff Prize for Translation. She is a co-founder of the Outranspo, an international creative translation collective, and assistant professor at the University of Chicago.