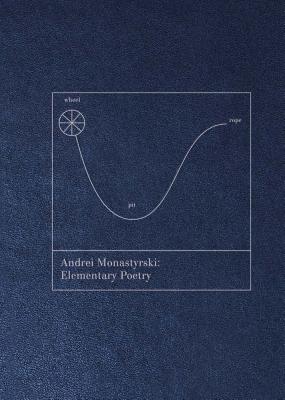 Russian poet, author, artist and art theorist Andrei Monastyrski (born 1949) is, along with Ilya Kabakov, one of the founders of conceptualism in Russia, and a protagonist of Collective Actions, a group of artists who have organized participatory actions on the outskirts of Moscow since 1976. Though his poetry is less well known, poetry is where he began. After writing in the manner of the Russian modernists (who were newly available to Soviet readers during Khrushchev's thaw), Monastyrski's interest in John Cage and ideas about consciousness from Western and Eastern philosophical traditions led him to conduct experiments with sound, form and the creation of artistic situations involving constructed objects that required viewer engagement to complete. Elementary Poetry collects poems, books and action objects from the '70s and '80s, tracing a genealogy of the art action in poetry.