The Communist Manifesto: A Road Map to History's Most Important Political Document (Paperback) 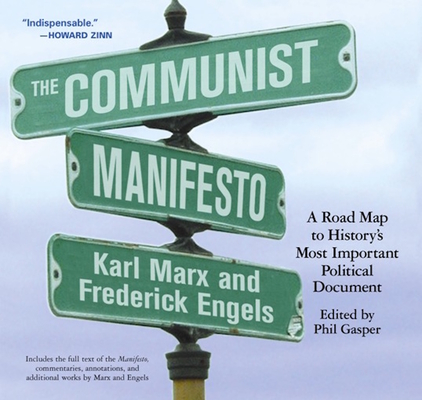 "What is globalization? Here is one of the best answers. It is the 'constant revolutionizing of production' and the 'endless disturbance of all social conditions.' It is 'everlasting uncertainty.' Everything 'fixed and frozen' is 'swept away, ' and 'all that is solid melts into air.' Yes, you have read this before. It is from The Communist Manifesto, by Messrs. Marx and Engels."--The New York Times

Here, at last, is an authoritative introduction to history's most important political document, with the full text of The Communist Manifesto by Marx and Engels.

This beautifully organized and presented edition of The Communist Manifesto is fully annotated, with clear historical references and explication, additional related texts, and a glossary that will bring the text to life for students, as well as the general reader.

Since it was first written in 1848, the Manifesto has been translated into more languages than any other modern text. It has been banned, censored, burned, and declared "dead." But year after year, the text only grows more influential, remaining required reading in courses on philosophy, politics, economics, and history.

"Apart from Charles Darwin's Origin of Species," notes the Los Angeles Times, the Manifesto "is arguably the most important work of nonfiction written in the 19th century." The Washington Post calls Marx "an astute critic of capitalism." Writing in The New York Times, Columbia University Professor Steven Marcus describes the Manifesto as a "masterpiece" with "enduring insights into social existence."

The New Yorker recently described Karl Marx as "The Next Thinker" for our era. This book will show readers why.

Phil Gasper is a professor of philosophy at Notre Dame de Namur University in northern California. He writes extensively on politics and the philosophy of science and is a frequent contributor to CounterPunch.

Phil Gasper is a professor of philosophy at Notre Dame de Namur University in California. He writes extensively on politics and the philosophy of science, is a frequent contributor to CounterPunch. He is the author of Haymarket's Road Map to the Communist Manifesto. Karl Marx and Friedrich Engels wrote the Communist Manifesto in 1848 and were founders of the First International Workingmen's Association.