After London: Or, Wild England - A Victorian Classic of Post-Apocalyptic Science Fiction (Paperback) 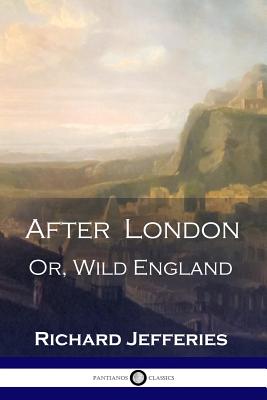 This sci-fi classic depicts a London destroyed by a cataclysmic event, with the remnants of England's population beginning a primitive society in the countryside.

With a background in studying the rural regions of England, professional naturalist turned novelist Richard Jefferies took to authoring a story that imagined a world in which nature emerges victorious over the encroaching industrialized world. London - the epicentre of urban activity and industrial progress - undergoes a disaster which wipes its human population, and much of England's, from existence.

Jefferies investigates the aftermath of the disaster, as communities of people begin to form anew. The traces of London are gradually subsumed by nature, its ruined buildings worn away by water, plants and trees rising to reclaim the land upon which the metropolis sat. By contrast nature and man flourish anew in a mostly harmonious partnership.

Today, After London is considered an early example of apocalyptic science fiction, a novelization of the author's own distrust and distaste for the cramped, polluted conditions that rapid industrialization brought upon England. It is his want of a world reborn that produces the most evocative passages, with many such descriptions serving as a philosophic forerunner to modern, environmentalist and conservationist movements.