Fascism Without Borders: Transnational Connections and Cooperation Between Movements and Regimes in Europe from 1918 to 1945 (Paperback) 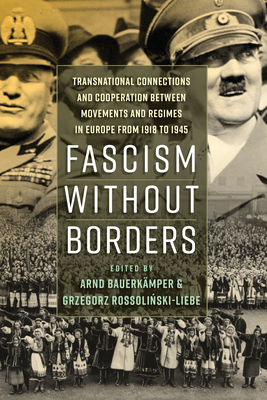 By Arnd Bauerkämper (Editor), Grzegorz Rossoliński-Liebe (Editor)
$34.95
Not in Stock... Available to ship in 3-5 days​

It is one of the great ironies of the history of fascism that, despite their fascination with ultra-nationalism, its adherents understood themselves as members of a transnational political movement. While a true "Fascist International" has never been established, European fascists shared common goals and sentiments as well as similar worldviews. They also drew on each other for support and motivation, even though relations among them were not free from misunderstandings and conflicts. Through a series of fascinating case studies, this expansive collection examines fascism's transnational dimension, from the movements inspired by the early example of Fascist Italy to the international antifascist organizations that emerged in subsequent years.