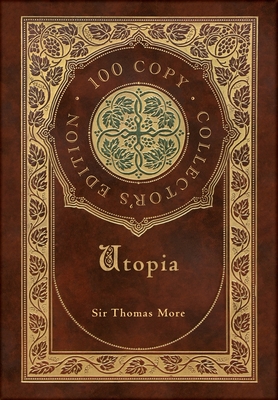 Utopia is a work of fiction and socio-political satire by Thomas More, published in 1516. The book is a frame narrative primarily depicting a fictional island society and its religious, social, and political customs. More pieces his world together in great detail, taking pleasure in what makes his world different from our own. However, he wants the reader to take his story seriously, which is why he bases it in reality, saying it is a part of the "New World," this being the parts of America and its surrounding islands which were recently discovered.

The first part of Utopia expresses strong criticism of then-modern practices in England and other Catholicism-dominated countries, such as the crime of theft being punishable by death, and the over-willingness of kings to start wars. Part two deals with a socialist state called Utopia and the narrator's aim of convincing the reader about its superior state of affairs. Since publication, Utopia has become one of the most talked about works both in defense of socialism and against it.

This cloth-bound book includes a Victorian inspired dust-jacket, and is limited to 100 copies.