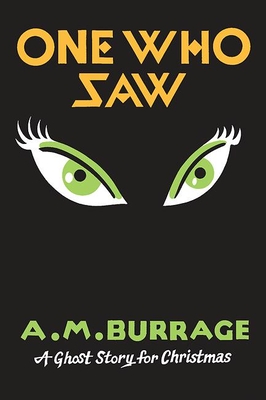 Originally published on Christmas in 1931 and widely regarded as A.M. Burrage's masterpiece, "One Who Saw" tells the story of a wrtier enchanted by a spectre of a weeping woman. His obsession builds until her ghostly hand falls from her face and he, in horror, becomes "one who sees."

Alfred McLelland Burrage (1889 - 1956) was a British writer. Under the pseudonym Frank Lelland, he published many books including a popular series called "Tufty". After his death, Burrage became best known for his ghost stories. Seth is the cartoonist behind the comic book series Palookaville. His comics have appeared in the New York Times Magazine, Best American Comics, and McSweeneys Quarterly. His illustrations have appeared in numerous publications including the cover of the New Yorker. He is also Lemony Snicket's partner for the new Young Readers series, All the Wrong Questions, and has illustrated and designed a new, deluxe edition of Stephen Leacock's Sunshine Sketches of a Little Town. He is the designer for several classic comics reprint series, notably collections of work by Charles Schulz, John Stanley, and Doug Wright.