America as Overlord: From World War Two to the Vietnam War (Paperback) 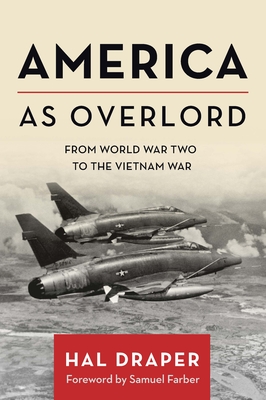 From 1932 until his death in 1990, Hal Draper was a prolific Marxist writer and socialist organizer who successfully combined rigorous research and passionate outrage to assess his political era. In this still-indispensable collection of essays written in the 1950s and 60s, Draper grapples with the role of the United States in the world, situating post-war American imperialism in a global picture of capitalist competition and expansion. The essays in this volume include Draper's discussions of the United States' involvement in Guatemala, Guam, Samoa, Cuba, Vietnam, and elsewhere, as well as his, more general, socialist guide to national liberation movements.

The late Hal Draper was the author of many books, including the five-volume study of Karl Marx's Theory of Revolution, as well as Socialism from Below and Berkeley: The New Student Revolt. He was also a prominent socialist journalist and editor of the journal Labor Action from 1948-1958.Samuel Farber was born and raised in Marianao, Cuba, and came to the United States in February 1958. He obtained a Ph.D. in Sociology from the University of California at Berkeley in 1969 and taught at a number of colleges and universities including UCLA and, most recently, Brooklyn College, where he is a Professor Emeritus of Political Science. His scholarship on Cuba is extensive and includes many articles and several books. Farber was active in the Cuban high school student movement against Fulgencio Batista in the 1950s, and has been involved in socialist politics for more than fifty years.