James P. Cannon and the Emergence of Trotskyism in the United States, 1928-38 (Historical Materialism) (Paperback) 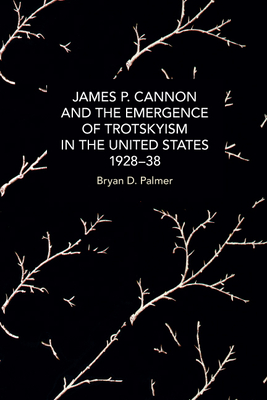 Bryan D. Palmer reinterprets the history of labour and the left in the United States during the 1930s through a discussion of the emergence of Trotskyism in the most advanced capitalist country in the world. Focussing on James P. Cannon, the founder of American Trotskyism, Palmer builds on his previously published and award-winning book, James P. Cannon and the Origins of the American Revolutionary Left, 1890-1928, with a deeply-researched and elegantly-written study of Cannon and the Trotskyist movement in the United States from 1928-38.

Situating this dissident communist movement within the history of class struggle, both national and international, Palmer examines how Cannon and others fought to revive a combative trade unionism, thwart fascism and the drift to war, refuse Stalinism's many degenerations, and build a new Party and a new International--both of which would be dedicated to reviving and realizing the possibilities of revolutionary socialism. The result is a peerless study that provides a definitive account of the largest and most influential Trotskyist movement in the world in the 1930s, an effort whose results recasts established understandings of the more extensively-studied experience of United States working-class militancy and the place of the Comintern-affiliated Communist Party within it.

Bryan D. Palmer is Professor Emeritus and former Canada Research Chair, Canadian Studies, Trent University, Peterborough, Canada. He is a Fellow of the Royal Society of Canada, former editor of Labour/Le Travail, and has published extensively on the history of labour and the revolutionary left, including the two-volume, Marxism and Historical Practice (Haymarket, 2016) and the co-authored, Toronto's Poor: A Rebellious History (Between the Lines, 2016).