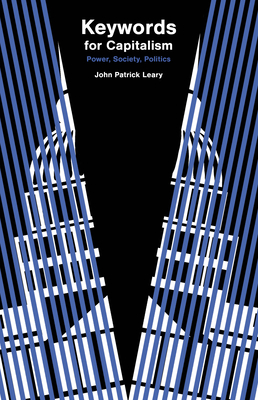 Keywords for Capitalism is a guide to the evasions, neologisms, and half-truths of mainstream political media, but it also gives readers tools to understand the enduring vocabulary of radical movement-building. "Liberal" and "centrist," for example, obscure as much as they reveal about the positions they ostensibly describe. "Socialism," though, is an idea and a tradition that has found new life in recent years. "Neoliberalism" and "intersectional" are routinely used and abused on the activist left, and by some of its mainstream critics.

Keywords for Capitalism: Power, Society, Politics catalogs the evasions that make up an ideology of mainstream politics in the United States. It equips readers to use the words that really do mean something, and provides the tools to dismiss those that don't. In addition to challenging the jargon of the corporate media and politicians, Leary also leads readers through the very real debates about words with power: socialism, intersectionality, liberal, conservative, green, materialist.

John Patrick Leary is the author of A Cultural History of Underdevelopment: Latin America in the U.S. Imagination (2016) and Keywords: The New Language of Capitalism (2018). He is the author of Loose Talk, a column on language and culture in The New Republic.