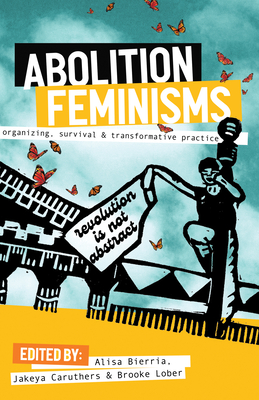 Alisa Bierria is the Associate Director of the Center for Race and Gender at UC Berkeley and a PhD candidate in the Department of Philosophy at Stanford University. She is co-editor of Community Accountability: Emerging Movements to Transform Violence, a special issue of Social Justice: A Journal of Crime, Conflict, and World Order. Her writing can be found in Hypatia: A Journal of Feminist Philosophy; the Journal of Popular Music Studies; Left Turn Magazine; Shout Out: Women of Color Respond To Violence; What Lies Beneath: Katrina, Race, and the State of the Nation; The Revolution Will Not Be Funded: Beyond The Non-Profit Industrial Complex; Color of Violence: The INCITE! Anthology; Real Change Newspaper; ColorsNW Magazine; and University of Minnesota: Assembling the Pieces.Jakeya Caruthers is Assistant Professor of African & African American Studies and Women's and Gender Studies at Berea College. Dr. Caruthers is a former member of Survived and Punished California and remains actively involved in the Feminist Decarceral Research Initiative, an ongoing archival and data analysis project focused on criminalized survivors of gender violence sponsored by the University of California Humanities Research Institute. Her analytic musings can be found in The Feminist Wire, the Journal of Popular Music and Culture, Art Practical, and more.Brooke Lober is a longtime participant in grassroots social movements and creative subcultures, which produce the materials and philosophies she engages in her classrooms, and in her work as a feminist and queer cultural studies scholar. At Sonoma State University's Department of Women's and Gender Studies, Lober teaches intersectional feminist/queer studies through investigations into critical theory, social movements, and cultural production. In collaboration with the Freedom Archives, Lober is the director of the Women Against Imperialism Oral History Project, which historicizes the work of a set of overlapping organizations that reshaped the meaning of feminist and queer activism and politics through years of Bay Area-based transnational feminist and queer organizing. Professor Lober's writing is published in the scholarly journals Feminist Formations, Women's Studies, the Journal of Lesbian Studies, and Meridians: Feminism, Race, Transnationalism. Dean Spade has been working to build queer and trans liberation based in racial and economic justice for the past two decades. He works as an Associate Professor at Seattle University School of Law. Dean's book, Normal Life: Administrative Violence, Critical Trans Politics and the Limits of Law was published by South End Press in 2011. A second edition with new writing was published in 2015 by Duke University Press. Bella Terra Press published a Spanish edition in 2016. In 2015, Dean released a one-hour video documentary, Pinkwashing Exposed: Seattle Fights Back!, which can be watched free online with English captions or subtitles in several languages. Dean's new book, Mutual Aid: Building Solidarity During This Crisis was published by Verso Books in October 2020.