The Dialectics of Capital (Volume 2): A Study of the Inner Logic of Capitalism (Historical Materialism) (Paperback) 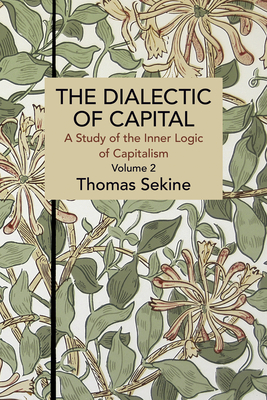 Volume 2 of The Dialectics of Capital

This is the first book written in English to build upon the important and underappreciated work of Japanese economist Kōzō Uno (1897-1977) and his efforts to expose the thing-in-itself (or inner logic) of capitalism. Following the form of argument first elaborated in Hegel's Logic, Sekine shows that neither bourgeois-liberal nor even conventionally-Marxist economics possess a logical (and thus objective) knowledge of capitalism as such, and therefore fail to understand some of its fundamental aspects.

Originally completed in typescript and privately published at York University, Canada, in 1983, The Dialectics of Capital's influence was profound despite its very small first run. As contemporary capitalism stumbles from crisis to crisis, this book can serve as a dependable guide for those aiming to correctly terminate a system that has long since outgrown its usefulness.

Thomas T. Sekine was Professor of Economics at York University, Ontario, Canada, 1968-1994, and Professor of International Trade, Graduate Faculty of Commerce, Aichi-Gakuin University, Nagoya, Japan, 1994-2005. He is the author of many works in English and Japanese including An Outline of the Dialectic of Capital, 2 vols.; Towards a Critique of Bourgeois Economics, Essays of Thomas T. Sekine; and Towards a Paradigm Change in Economics (in Japanese). In addition to his own work in economic theory, methodology of economics, and international trade, Sekine is also the translator from Japanese into English of two of Kōzō Uno's books.