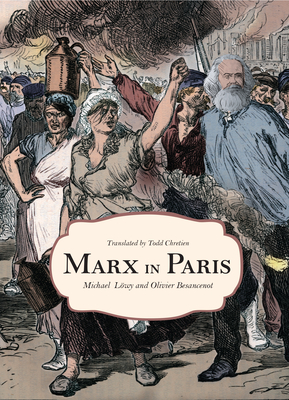 In celebration of the 150th anniversary of the Paris Commune, leftist writers Olivier Besancenot and Michael L wy offer a deeply informed, and eminently enjoyable, imagined history of what might have been if Karl Marx and his eldest daughter, Jenny, had travelled to Paris during the heady weeks of April 1871. In disguise, employing imperfect but serviceable French, Karl and Jenny encounter and debate many important figures of the movement, including Le Frankel, Eug ne Varlin, Charles Longuet, Elisabeth Dmitrieff, and Louise Michel, eventually returning to England with a profoundly changed sense of political possibility.