Out of Exile: Narratives from the Abducted and Displaced People of Sudan (Voice of Witness) (Hardcover) 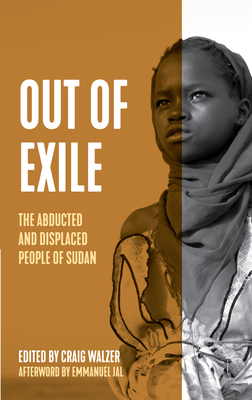 Millions of people have fled from conflicts and persecution in all parts of this Northeast African country, and many thousands more have been enslaved as human spoils of war. In this book, refugees and abductees recount their escapes from the wars in Darfur and South Sudan, from political and religious persecution, and from abduction by militias. In their own words, they recount life before their displacement and the reasons for their flight. They describe life in the major stations on the refugee railroads: in the desert camps of Khartoum, the underground communities of Cairo, the humanitarian metropolis of Kakuma refugee camp, and the still-growing internally displaced persons camps in Darfur. NARRATORS INCLUDE:

ABUK, a native of South Sudan now living in Boston, who survived ten years as a slave after being captured by an Arab militia.

MARCY AND ROSE, best friends who have spent the vast majority of their lives in a refugee camp in Kakuma, Kenya. They remember almost nothing of their former homes in Sudan.

MATHOK, who struggled to find opportunities as a refugee in Cairo, but eventually fell into a world of gangs and violence.

JOHN, a teacher fighting to keep a school for Sudanese refugees alive in a poverty-stricken slum in Nairobi.

Craig Walzer co-founded and operates a bookstore on the island of Santorini in Greece, Atlantis Books, and a bookstore in Madrid called Desperate Literature.