Voices from the Storm: The People of New Orleans on Hurricane Katrina and Its Aftermath (Voice of Witness) (Paperback) 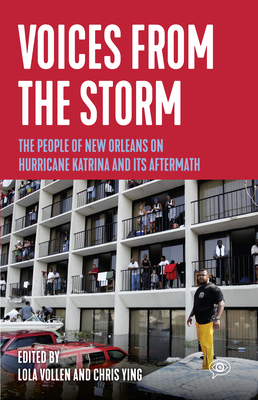 Hurricane Katrina inflicted damage on a scale unprecedented in American history, nearly destroying a major city and killing thousands of its citizens. With far too little help from indifferent, incompetent government agencies, the poor bore the brunt of the disaster. The residents of traditionally impoverished and minority communities suffered incalculable losses and endured unimaginable conditions. And the few facilities that did exist to help victims quickly became miserable, dangerous places. Now, the victims of Hurricane Katrina find themselves spread across the United States, far from the homes they left and faced with the prospect of starting anew. Families are struggling to secure jobs, homes, schools, and a sense of place in unfamiliar surroundings. Meanwhile, the rebuilding of their former home remains frustrating out of their hands. This bracing read brings readers to the heart of the disaster and its aftermath as those who survived it speak with candor and eloquence of their lives then and now.

Chris Ying was formerly the publisher of McSweeney's and the managing editor of Voice of Witness. He is now the editor-in-chief of Lucky Peach. Lola Vollen is a physician and human rights activist. She is a co-founder of Voice of Witness as well as The Life After Exoneration Program.