People Wasn't Made to Burn: A True Story of Housing, Race, and Murder in Chicago (Hardcover) 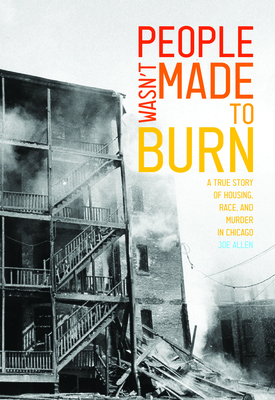 Joe Allen worked for nearly a decade at UPS between its Watertown, Massachusetts and Chicago, Illinois Jefferson Street hubs. Starting out as a part-time loader he worked his way through a series of part-time sorting and driving jobs until his final year at UPS where he was a package car driver in Chicago's Loop. Allen's work life has largely revolved different sections of the freight and logistics including for such major employers as A.P.A Transport (Canton, Mass.), Yellow Freight (Maspeth, NY), and UPS. He has been a member of several Teamster local unions and a member of Teamsters for a Democratic Union. He campaigned for Ron Carey's reelection in 1996, and for Tom Leedham in the two following Teamster elections. Joe Allen lives in Chicago, IL.