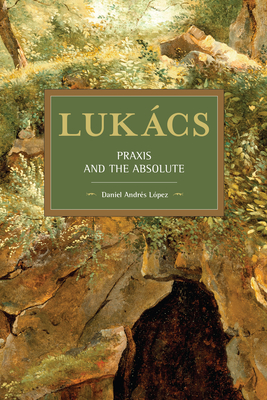 Georg Luk cs's philosophy of praxis, penned between 1918 and 1928, remains a revolutionary and apocryphal presence within Marxism. His History and Class Consciousness has inspired a century of rapture and reprobation, perhaps, as Gillian Rose suggested, because of its 'invitation to hermeneutic anarchy'.

In Luk cs: Praxis and the Absolute, Daniel Andr's L pez radicalises Luk cs's famous return to Hegel by reassembling his 1920s philosophy as a conceptual-historical totality. This speculative reading defends Luk cs while proposing an unprecedented, immanent critique. While Luk cs's concept of praxis approaches the shape of Hegel's Absolute, it tragically fails to bear its weight. However, as L pez argues, Luk cs's failure was productive: it raises crucial political, methodological and philosophical questions for Marxism, offering to redeem a lost century.