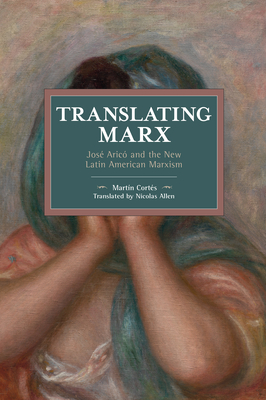 To speak of 'Latin American Marxism' is to announce a problem. To what extent can Marxism, a theoretical universe forged from nineteenth-century European experiences, also be productive for grasping other realities? How can we begin to make sense of the historical disconnection between that specific corpus of ideas and Latin America's popular movements? Mart n Cort's addresses these questions by considering the trajectory and works of Jos Aric , who sought to rethink and disseminate in Spanish not only the works of Marx himself, but also those of foundational socialist thinkers such as Antonio Gramsci.

Guided by an interest in Marxism's renovation, Cort's explores Aric 's vital contributions to key topics in political theory, such as the nation, the state, the political subject, and hegemony.