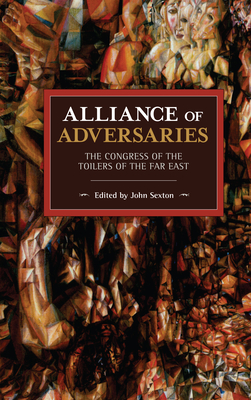 In 1920 V.I. Lenin, the famed leader of the Russian Revolution, called on the Communist International to open a second front against the imperialist powers by fighting alongside nationalist and peasant movements in the colonies. Eighteen months later, leaders of fledgling East Asian communist parties and other revolutionaries gathered in Moscow to plan the way forward. The Congress of the Toilers of the Far East profoundly influenced the strategy of Communist Parties throughout the colonial world. But inter-party alliances were fragile and risky. East Asian Communist Parties suffered serious defeats in the years following the Congress until WWII revived their fortunes. This edited and annotated edition of the Congress minutes will be of interest to scholars and general readers alike.

John Sexton is an independent researcher and translator.