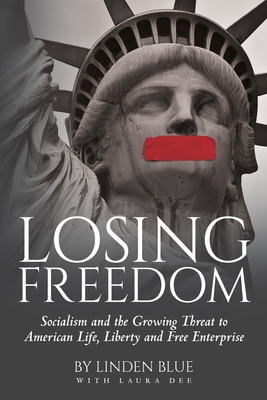 Sometimes it takes losing freedom to appreciate it.

This author lost his freedom completely in Cuba a few days before the Bay of Pigs Invasion in 1961. He also came close to being executed. He was lucky. His cell mates were not.

Losing Freedom describes that ordeal and puts freedom in a historical context of the past 5,000 years where serfdom, slavery and subjugation have been the norm rather than the exception. Wars, conquest, destruction, killing and poverty have been prevalent. Freedom, when it existed, has frequently been lost.

Efforts to spread civilized behavior have improved things from time to time-think the Greeks and the Roman Republic. But even those bold efforts for more civilized behavior crumbled in the face of greed, arrogance, ambition, and plunder. Wars have frequently been efforts to take something by force that others have created and made valuable.

So far, the United States of America has been more successful than any nation in history in nurturing lives and things of value and sustaining freedom. This is primarily because of the way our founders set things up in our Constitution and Bill of Rights-our governmental "operating system" which assures individual rights and freedoms.

Despite our success, many now think Socialism offers a better way. Some young people who have had little serious exposure to civics, history, economics and life fall for it. This is dangerous to our posterity and to peace, well-being and freedom.

Losing Freedom attempts to bring better understanding of civics, history and economics where our educational system has dropped the ball. The hoped for result is greater prosperity and peace in a world free from elite authoritarian government and socialistic economic systems.

Losing Freedom looks at the history of bad governmental ideas including socialism and communism. It concludes that socialism and freedom are simply contradictory-you can't have both. The book refers to the wisdom of our founders and other wise people who have challenged governmental bad ideas-ideas that simply don't work and usually end in disaster. Bad ideas limit and can destroy freedom. The USA is not immune to those perils.