A Culture of Fear: An Inside Look at Los Angeles County's Department of Children & Family Services (Paperback) 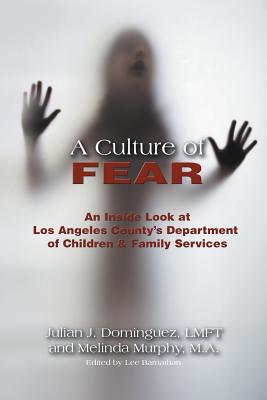 A Culture of Fear takes readers inside the largest child protective services agency in the country, Los Angeles County's Department of Children & Family Services (DCFS). Julian J. Dominguez and Melinda Murphy, current and former DCFS employees, respectively, expose some of the most serious deficiencies of the agency. They detail systemic core issues that include a lack of integrity in DCFS court report writing, and describe how reunification of families is marginalized or set aside and eclipsed by other priorities, including personal opinions, departmental positions, personality conflicts, prejudices/biases, and "cover your ass at all costs." The authors shine a light on the struggles of social workers in this agency, where values can stray far, far, from the publicly proclaimed mission, which is supposed to protect children and reunify families. This book is very unique by all measures, and is meant to serve as a starting point, not a solution or finish line. It will hopefully evoke meaningful dialogue resulting in reform and needed change. About the Authors Julian J. Dominguez, LMFT, received his master's degree from Chapman University in marriage, family, and child counseling. He is a licensed MFT and his specialties include child welfare, sexual assault, vicarious trauma, and critical incident debriefing. He has worked for DCFS since 1996. As a family group decision-making practitioner, he facilitated over 1,500 family and emancipation conferences. Melinda Murphy, M.A., worked in child welfare for over twenty years. She is currently a social work investigator with a nonprofit agency in Los Angeles. She earned her master's at the University of Nevada, Reno, was a caseworker with Children of the Night, which helped get children in prostitution and pornography off the streets of Hollywood, and then worked with DCFS. Publisher's website: http: //sbprabooks.com/JulianJDominguezandMelindaMurphy.