Brown Bear, Brown Bear, What Do You See? 50th Anniversary Edition Padded Board Book (Brown Bear and Friends) (Board book) 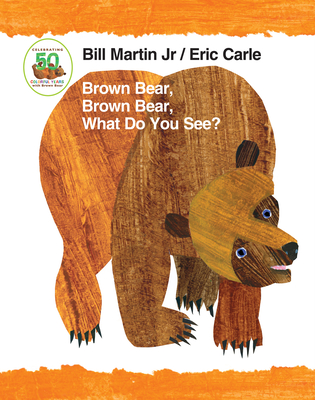 Celebrate the fiftieth anniversary of the ever-popular Brown Bear, Brown Bear, What Do You See? with the complete unabridged text and art, available for the first time in padded board book. With a soft, touchable cover, this edition is perfect for the youngest of readers! Little hands will love holding this padded board book edition of the classic Brown Bear. Readers will discover the classic rhythmic text featuring colorful animals, brought to life in Eric Carle's powerful collage art.

This title has Common Core connections.

“The contemporary classic . . . perfect for sharing with a group of preschoolers.” —The Horn Book Guide

“A picture book full of rhyme and repetition that will appeal to preschoolers. Carle's large collages bursting with color are perfect for the text.” —Booklist