History of the Russian Revolution (Hardcover) 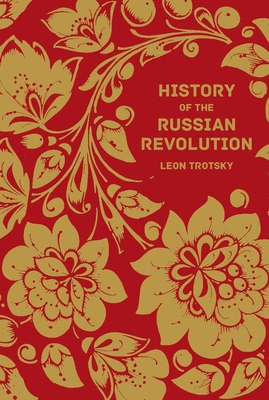 Regarded by many as among the most powerful works of history ever written, this book offers an unparalleled account of one of the most pivotal and hotly debated events in world history. This book, released to coincide with the hundredth anniversary of the Russian Revolution, reveals, from the perspective of one of its central actors, the revolution's profoundly democratic, emancipatory character. Originally published in three parts, Trotsky's masterpiece is collected here in a single volume. It serves as the most vital and inspiring record of the Russian Revolution to date. During the first two months of 1917 Russia was still a Romanov monarchy. Eight months later the Bolsheviks stood at the helm. They were little known to anybody when the year began, and their leaders were still under indictment for state treason when they came to power. You will not find another such sharp turn in history especially if you remember that it involves a nation of 150 million people. It is clear that the events of 1917, whatever you think of them, deserve study.
--Leon Trotsky, from History of the Russian Revolution

Leon Trotsky was a key leader of the Russian Revolution. Forced into exile in 1928, Trotsky devoted the rest of his life to fighting the degeneration of the revolution and rise of a new dictatorial regime. Vilified and isolated, he fought an uncompromising battle with the Stalinist bureaucracy, defending the revolutionary and internationalist principles upon which the revolution was based. In 1940, he was murdered by an agent of the Stalinist regime. Max Eastman (1883-1969) was a poet, journalist, founding editor of The Masses, and one of Leon Trotsky's earliest American collaborators.