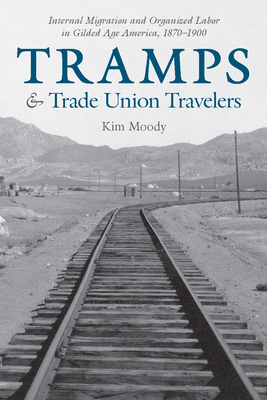 Why has there been no viable, independent labor party in the United States? Many people assert "American exceptionalist" arguments, which state a lack of class-consciousness and union tradition among American workers is to blame. While the racial, ethnic, and gender divisions within the American working class have created organizational challenges for the working class, Moody uses archival research to argue that despite their divisions, workers of all ethnic and racial groups in the Gilded Age often displayed high levels of class consciousness and political radicalism. In place of "American exceptionalism," Moody contends that high levels of internal migration during the late 1800's created instability in the union and political organizations of workers. Because of the tumultuous conditions brought on by the uneven industrialization of early American capitalism, millions of workers became migrants, moving from state to state and city to city. The organizational weakness that resulted undermined efforts by American workers to build independent labor-based parties in the 1880s and 1890s. Using detailed research and primary sources; Moody traces how it was that 'pure-and-simple' unionism would triumph by the end of the century despite the existence of a significant socialist minority in organized labor at that time.

Kim Moody was a founder of Labor Notes and is the author of On New Terrain (Haymarket Books, 2017).

Kim Moody was a founder of Labor Notes and author of several books on the U.S. labor movement, including On New Terrain: How Capitalism is Reshaping the Battleground of Class War (Haymarket Books, 2017), In Solidarity: Essays on Working-Class Organization in the United States (Haymarket Books, 2014) and U.S. Labor in Trouble and Transition (Verso, 2007). He has a PhD from the University of Nottingham.