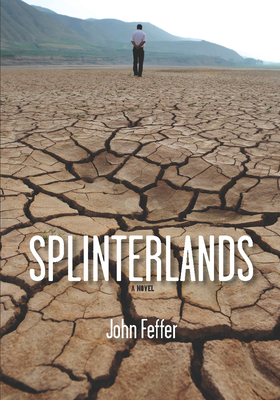 Part Field Notes from a Catastrophe, part 1984, part World War Z, John Feffer's striking new dystopian novel, takes us deep into the battered, shattered world of 2050. The European Union has broken apart. Multiethnic great powers like Russia and China have shriveled. America's global military footprint has virtually disappeared and the United States remains united in name only. Nationalism has proven the century's most enduring force as ever-rising global temperatures have supercharged each-against-all competition and conflict among the now 300-plus members of an increasingly feeble United Nations.

As he navigates the world of 2050, Julian West offers a roadmap for the path we're already on, a chronicle of impending disaster, and a faint light of hope. He may be humanity's last best chance to explain how the world unraveled--if he can survive the savage beauty of the Splinterlands.

John Feffer is the director of Foreign Policy in Focus at the Institute for Policy Studies. In 2012-2013, he was also an Open Society Fellow looking at the transformations that have taken place in Eastern Europe since 1989. He is the author of several books and numerous articles. He has also produced six plays, including three one-man shows, and published a novel.

John Feffer is a playwright and the author of several books including the novel Foamers. His articles have appeared in The New York Times, The Washington Post, The Nation, Salon, and others. He is the director of Foreign Policy In Focus at the Institute for Policy Studies.