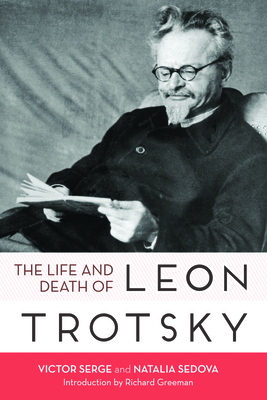 Leon Trotsky was one of the leaders of the Russian Revolution who was exiled and murdered following Stalin's rise to power. Written by two of his closest collaborators, this book provides an invaluable picture of a great revolutionary and the world-historic events in which he was a leading actor.

Victor Serge: Victor Serge (1889-1947) is best known as a novelist - with two of his works recently republished by the New York Review of Books - and for his Memoirs of a Revolutionary. Originally a participant in the anarchist movement, Serge became a committed bolshevik upon arrival in Russia during 1919 and lent his considerable talents to the cause of spreading the revolution across Europe. An eloquent critic of tyranny no matter its form, Serge was a leading member of the Left Opposition in its struggle against Stalin, a cause which ultimately resulted in his exile from Russia. Natalia Ivanovna Sedova: Natalia Sedov was a revolutionary and wrote on cultural matters pertaining to Marxism. Following the assassination of her husband Leon Trotsky in 1940, Sedova maintained her defense of internationalism and struggle against Stalinism and Fascism until her death. Richard Greeman: Richard Greeman taught French at the University of Hartford in West Hartford, Connecticut, USA. He has translated and edited much of Victor Serge's most important work. Alexi Gusev: Alexi Gusev is a professor of History at Moscow Univ and Chair of Praxis Research and Education Center.