The Washington Connection and Third World Fascism: The Political Economy of Human Rights: Volume I (Paperback) 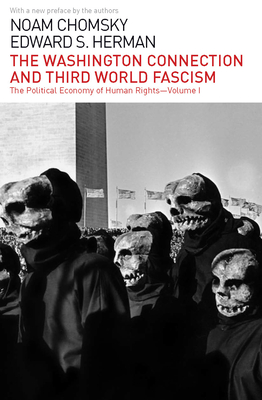 A brilliant, shattering, and convincing account of United States-backed suppression of political and human rights in Latin America, Asia, and Africa and the role of the media in misreporting these policies The Washington Connection and Third World Fascism relentlessly dissects the official views of establishment scholars and their journals. The best and brightest pundits of the status quo emerge from this book thoroughly denuded of their credibility.

Noam Chomsky: Noam Chomsky is Institute Professor in the Department of Linguistics and Philosophy at the Massachusetts Institute of Technology, Boston. A member of the American Academy of Science, he has published widely in both linguistics and current affairs. His books include At War with Asia, Towards a New Cold War, Fateful Triangle: The U. S., Israel and the Palestinians, Necessary Illusions, Hegemony or Survival, Deterring Democracy, Failed States: The Abuse of Power and the Assault on Democracy and Manufacturing Consent: The Political Economy of the Mass Media. Edward S. Herman: Edward S. Herman is an American economist and media analyst with a specialty in corporate and regulatory issues as well as political economy and the media. He is Professor Emeritus of Finance at the Wharton School of the University of Pennsylvania.