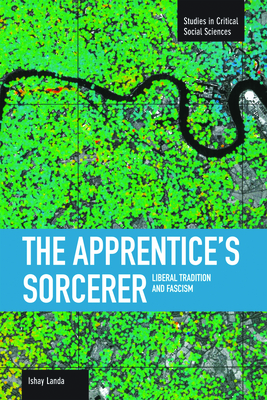 20th-century European Fascism is conventionally described as a fierce assault on liberal politics, culture and economics. Departing from this analysis, Landa highlights the long overlooked critical affinities between the liberal tradition and fascism. Far from being the antithesis of liberalism, fascism, both in its ideology and its practice, was substantially, if dialectically, indebted to liberalism, particularly to its economic variant.

Ishay Landa, Ph.D. (2004) in History, Ben-Gurion University, Israel, is Visiting Senior Lecturer of History at the Israeli Open University. He has published on Nietzscheanism, Marxism, political theory and popular culture, including The Overman in the Marketplace (Lexington, 2007).

How many panegyrical books have been written about liberalism? Ishay Landa presents us, in contrast, with a profane account, one which investigates, precisely and pungently, the real interests that have inspired this political movement, and does not shy away from depicting its disquieting facets, starting with its role as the apprentice” who elicits the sorcerer” i.e. fascism.”
Domenico Losurdo, author of Liberalism: A Counter-History

"As a prime target of fascist attacks, liberalism has largely avoided serious interrogation over its shared responsibility for the rise of its tormentor. Working his way through a dozen major liberal thinkers and myths, Ishay Landa's equally scholarly and readable treatise should put an end once and for all to this undeserved exception. Brimming with important insights about our darker past that convey essential lessons for the dimming present ... HIGHLY RECOMMENDED !!! "
Bertell Ollman, author of Dance of the Dialectic: Steps in Marxist Method.

"This book is a significant example of de-dichotomization [] Scholarly research on fascism continues to be largely defined by an ossified dichotomy []: either liberalism or fascism. Landa’s book goes against the current of these prejudices. Its strength lies in the precision of a re-reading, not only of Nietzsche [] but of countless other authors, whose habitual interpretation is marred by preconceptions. Among such authors, to name only the better known, are Spengler, Carl Schmitt, Sorel, Pareto, Burke, Donoso Cortés, Carlye, Tocqueville, Pirandello. In these readings, the author has compiled treasures which may transform the poverty of the political history of ideas into riches."
Prof. Bernhard H. F. Taureck (University of Braunschweig, Germany)