The Future of Religion: Toward a Reconciled Society (Studies in Critical Social Sciences) (Paperback) 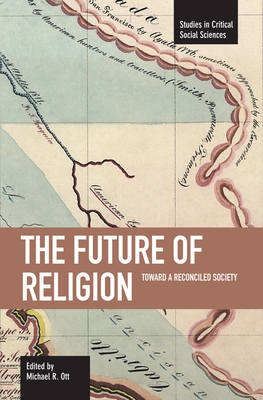 In the midst of the increasing antagonism between religion and secularity, the sacred and the profane, faith and reason - currently described in terms of "the clash of civilizations" - is religion any longer relevant or meaningful in the globalizing development of modern subjectivity, inter-subjectivity, family, society, state and history? If so, how and to what end? In the socio-historical context of the highly secular, neo-liberal/neo-conservative globalization movement, the question of the social meaning and relevancy of religion has entered directly into the contemporary discourse on the future of humanity. This book gives expression to the research of international scholars as they wrestled with these issues during the Future of Religion courses held at the Inter-university Center in Dubrovnik, Croatia from 2001-2005. ?Contributors include: Aleksandra Basa, Reimon Bachika, Ales Crnic, Anja Finger, Helmut Fritzsche, Denis Janz, Hans-Herbert K gler, Werner Krieglstein, Mislav Kukoc, Gottfried K enzlen, Aurelia Margaretic, Michael R. Ott, Dunja Potocnik, A. James Reimer, Kjartan Selnes, Rudolf J. Siebert, Hans K. Weitensteiner, Brian Wilson, Katarzyna Zielinska.