J. S. Mill: On Liberty and Other Writings (Paperback) 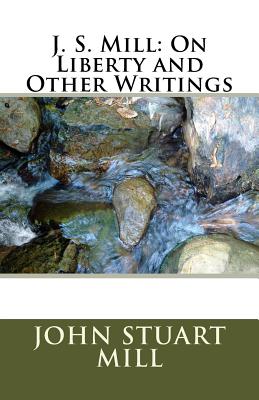 John Stuart Mill was an English philosopher, political economist, feminist, and civil servant. One of the most influential thinkers in the history of liberalism, he contributed widely to social theory, political theory and political economy as well as noted contributions to human rights, political freedom, and politics & government. John Stuart Mill expresses his view on freedom, a human right, by illustrating how an individual's drive to better their station, and for self-improvement, is the sole source of true freedom. In his work, On Liberty, John Stuart Mill recognizes the difference between liberty as the freedom to act and liberty as the absence of coercion. On Liberty is often required textbook reading in courses that encompass, law, constitutional law, human rights, political freedom and politics & government. In addition to On Liberty, this anthology volume of John Stuart Mill's work also includes Utilitarianism, an essay in which Mill viewed utilitarianism as the best theory of ethics, and The Subjection of Women, an essay in which Mill argues in favor of equality between the sexes.