The Execution of Jesus the Christ: The Medical Cause of Our Lord's Death During His Illegal Crucifixion (Hardcover) 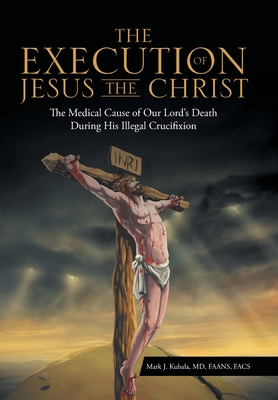 For seventy years, we have been taught that Jesus died on the cross from asphyxiation (strangulation) because in the hanging position he was unable to exhale. This theory is not based on sound science. This book explains the medical cause of Jesus's death and why even Pilate was surprised how soon Jesus had died. The dramatic changes that took place in Jesus's body from the Last Supper until death are described in layman's terms. To add to the injustice, Jesus's condemnation to death was illegal under the Jewish law of his time-a fact supported by a review of the political and religious dynamics.

Mark J Kubala, MD, FAANS, FACS, is a Phi Beta Kappa graduate of the University of Texas. He did his neurosurgical training at Baylor University, Houston, and the Mayo Clinic. Since 1966 he has been a private practitioner of neurological surgery in Beaumont, Texas. Dr. Kubala was president of the Texas Medical Association (TMA) in 1995 and was later awarded its Distinguished Physician Service Award. He has served twice as president of the TMA Foundation. He is past president of the Texas Association of Neurological Surgeons and was named Neurosurgeon of the Year for the state of Texas in 2008. He served on the executive committee of the Congress of Neurological Surgeons and on the board of directors of the American Association of Neurological Surgeons, who honored him with its Distinguished Service Award. He was a founding member of the National Head and Spinal Cord Injury Prevention Program. For twenty years, Dr. Kubala represented Neurological Surgery in the American Medical Association (AMA) House of Delegates. In 2012, he received the Medal of Valor for distinguished service to the field of medicine, the highest award given by the AMA.