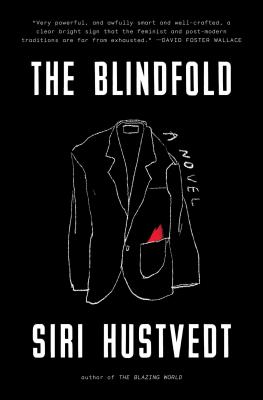 From the author of The Blazing World, “a work of dizzying intensity…eloquent and vivid” (Don DeLillo), about a young Midwestern woman who finds herself entangled in intense circumstances—physical, cerebral, and existential—when she moves to New York City.

Iris Vegan, a young, impoverished graduate student from the Midwest, finds herself entangled with four powerful but threatening characters as she tries to adjust to life in New York City. Mr. Morning, an inscrutable urban recluse, employs Iris to tape-record verbal descriptions of objects that belonged to a murder victim. George, a photographer, takes an eerie portrait of Iris, which then acquires a strong life of its own, appearing and disappearing without warning around the city. After a series of blinding migraines, Iris ends up in a hospital room with Mrs. O., a woman who has lost her mind and memory to a stroke, but who nevertheless retains both the strength and energy to torment her fellow patient. And finally, there is Professor Rose, Iris’s teacher and eventually her lover. While working with him on the translation of a German novella called The Brutal Boy, she discovers in its protagonist, Klaus, a vehicle for her own transformation and ventures out into the city again—this time dressed as a man.

Siri Hustvedt, a novelist and scholar, has a PhD in English literature and is a lecturer in psychiatry at Weill Cornell Medical College. She is the author of a book of poems, seven novels, four collections of essays, and two works of nonfiction. She has published papers in various academic and scientific journals and is the recipient of numerous awards, including the prestigious Princess of Asturias Award for Literature, the European Charles Veillon Essay Prize, an American Academy of the Arts and Letters Award in Literature, and the Los Angeles Times Book Prize for Fiction for The Blazing World, which was also longlisted for the Man Booker Prize. She lives in Brooklyn, New York.

PRAISE FOR THE BLINDFOLD BY SIRI HUSTVEDT:

“[Hustvedt] has a knack for intimate detail, for suggesting, with some intensity, the compulsive psychological spiral of drowning souls, for creating powerful moods with just enough words.”
—Jenifer Levin, The New York Times Book Review

“The Blindfold moves clear-eyed, awake, and aware, through a landscape of terror and mystery. Cruelty, madness, and death surround its young heroine, who describes her often surreal adventures with the calm and clarity of an English diarist. The effect is unsettling and inherently contemporary—it’s as though Lewis Carroll’s Alice were to describe a journey into hell.”
—Peter Straub

“She’s a writer of strong, sometimes astonishing gifts; there’s a spare-ness and ominousness about her prose that at its best recalls Rilke.”
—Emily White, Voice Literary Supplement

“The novel succeeds magnificently as an elegant set of variations on the theme of identity, perfectly set in the surreality of New York, and delivered with calm, soul-sick cadences.”
—Katherine A. Powers, The Boston Globe

“This is a smart and marvelous book, an unforgettable narrator and a haunting telling of wonders in prose that can alter your brainwaves. Hustvedts stakes are high, and one reads her novel at serious risk to one’s well-being—the only kind of reading that counts. What an extraordinary debut!”
—Russell Banks

“Poet Siri Hustvedt has written a riveting first novel that transports the reader into Manhattan, an island city that teems with the unexpected, the inexplicable, the haunted, the beautiful, the poor, the rich.”
—Islands

“Hustvedt spins layers upon layers, casting both her characters and her readers into a world where objects take on lives of their own and nothing is as it seems to be. . . . Edgy and uncertain, even, at times, Kafkaesque, this is a fine first, effort, captivating and intriguing.”
—Los Angeles Reader