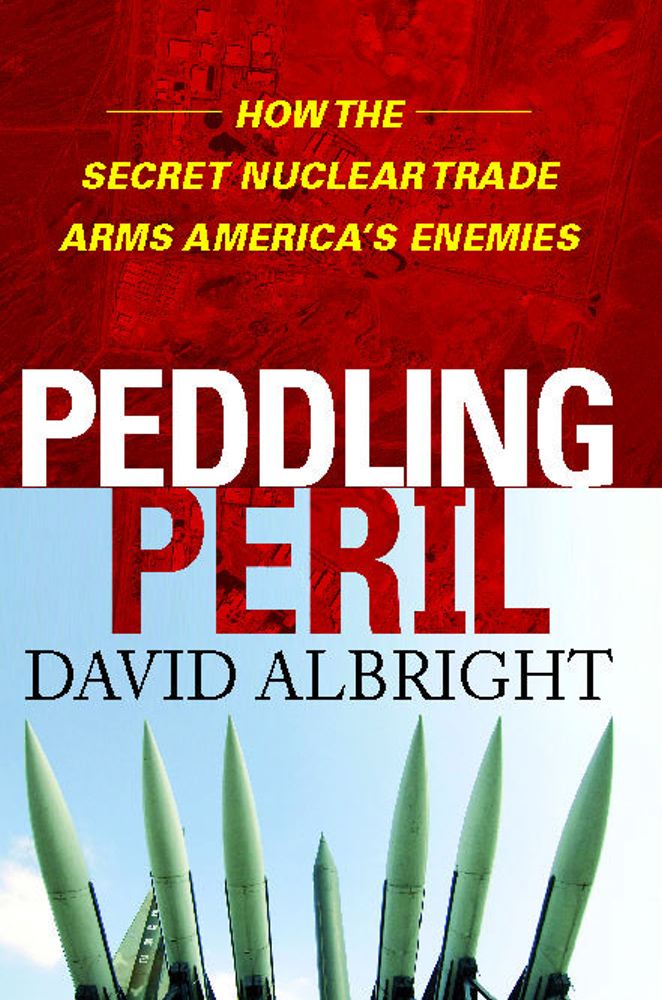 
From one of the world’s leading experts on nuclear proliferation, a harrowing and revelatory examination of the thriving illicit marketplace for nuclear weapons components and how far the programs of Iran and other rogue nations have progressed.

Based on three decades of experience in tracking nuclear arms smugglers and the efforts of terrorists and rogue states to obtain nuclear capability—including exclusive information from sources deep within the intelligence community and criminal investigators and prosecutors involved in the most high-profile cases against traffickers—top expert David Albright unveils a shocking story of the evolution of the nuclear black market, its vast extent, and how difficult it is to crack down on. So much attention in press coverage and other books has focused almost exclusively on the dealings of Pakistani nuclear scientist A.Q. Khan, but Albright reveals that Khan is only one of a much larger cast of characters in a labyrinthine global proliferation network, and that though Khan is now under house arrest, others are continuing the trade. Taking readers behind the scenes of the hunt, Albright discloses the role of a ring of German and Swiss businessmen, operating under the cover of legitimate companies; reveals the astonishing story of two top Pakistani nuclear scientists meeting regularly with Osama bin Laden to train him about nuclear weaponry; discloses the details of the nuclear reactor that was being built by Syria and the story behind its recent bombing; and describes the disturbing extent of Iran’s nuclear program.

Peddling Peril is a must read for anyone concerned about this great threat to world security.

David Albright is the president of the Institute for Science and International Security (ISIS) and was its founder. He has been quoted over 150 times in the New York Times and Washington Post and has appeared over 200 times on network television news shows, including Wolf Blitzer, Anderson Cooper, Nightline, NBC Nightly News, and The Lehrer Report. He is one of the world's most respected and sought-out specialists on nuclear proliferation. He lives in Alexandria, VA.

"David Albright, a respected chronicler of undercover nuclear shenanigans, tells [an] alarming story: just how little most governments have done to halt the bomb’s spread....the book’s real value is in pulling...clear threads from the facts and speculation."

“Albright traces in disturbing detail exactly how nuclear technology has proliferated worldwide in the last 20 years… A book that puts into context our genuine nuclear peril while offering concrete ideas on how to reduce it.”


"It's chilling stuff we have in here [...] thanks for writing this book."


"...[A]n in-depth account of how the maligned AQ Khan network through espionage and stealing build the nuclear plant and finally weapon for Pakistan."

"This book will shake up even the most complacent among us. The Pakistani scientist A.G. Khan and his global smuggling network of nuclear secrets is the book’s central case study, but despite Khan’s arrest years back, the market for such illicit information continues to thrive and elude event the savviest of government watchdogs."