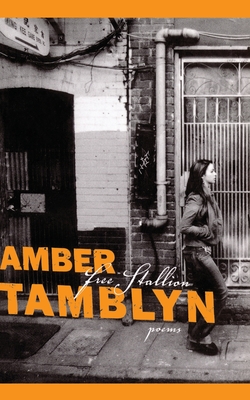 Although Amber Tamblyn is best known as the star of the smash hit Joan of Arcadia, she is a serious poet, mentored by Jack Hirshman, Lawrence Ferlinghetti, and other San Francisco Beat poets. She has self-published two chapbooks, and her poems have appeared in books published by City Lights. Here is her first collection of poems specifically for teens. The poems relate to teen issues such as love and relationships, and all are influenced by Amber's feminist sensibility. An introduction by Jack Hirshman puts her poetry in a literary context, and her personal introduction gives insight into her poems and helps readers access them. Amber's celebrity will help bring the value of poetry to a new, wider audience.

Amber Tamblyn is the star of Joan of Arcadia, the highly successful TV show currently airing on CBS. She is also known for playing Emily Bowen-Quartermaine on the soap opera General Hospital, on which she appeared from 1995 to 2001. She has appeared on shows including Without a Trace, CSI: Miami, and Boston Public and in the films The Ring and The Sisterhood of the Traveling Pants. Amber's father is the actor Russ Tamblyn. She lives in Los Angeles.


"Here's a poet with the courage and liveliness to speak for her generation -- and for mine. She is not afraid of politics or anti-politics of either the government or of her body, including the twists of emotional beauty and deep rage. To paraphrase Emerson, these poems are as old as the rock and as new as the foam."