A Short History of the British Industrial Revolution (Paperback) 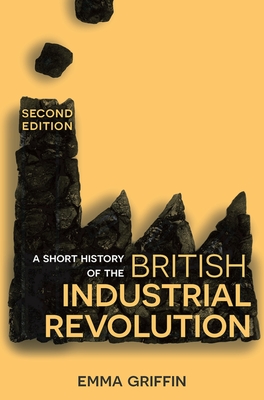 By Emma Griffin
Email or call for price.

The industrial revolution stands out as a key event not simply in British history, but in world history, ushering in as it did a new era of sustained economic prosperity. But what exactly was the 'industrial revolution'? And why did it occur in Britain when it did? Ever since the expression was coined in the 19th century, historians have been debating these questions, and there now exists a large and complex historiography concerned with English industrialisation. This short history of the British Industrial Revolution, aimed at undergraduates, sets out to answer these questions. It will synthesise the latest research on British industrialisation into an exciting and interesting account of the industrial revolution. Deploying clear argument, lively language, and a fresh set of organising themes, this short history revisits one of the most central events in British history in a novel and accessible way.

This is an ideal text for undergraduate students studying the Industrial Revolution or 19th Century Britain.