Japan and the War on Terror: Military Force and Political Pressure in the Us-Japanese Alliance (Paperback) 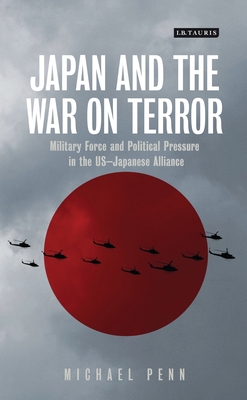 By Michael Penn
Email or call for price.

The role of the Far East is becoming increasingly important in global geopolitics. Japan's economic might and sphere of geographical influence, between China, North Korea and the US, means it has the potential to be a major ally in the War on Terror. While Japan's constitution does not allow for militarism or acts of war, in the post 9/11 world the use of the Japanese nation's 'Self-Defence Force' has become increasingly normal - a result of the exploitation of legal loopholes and political double-speak that has been used to bypass Japan's pacifist ideology. Here, Michael Penn assesses the role of US diplomats and lobbyists in Tokyo, the politicians who see the War on Terror as a means of self-advancement and the influence of Washington in the unprecedented deployment of Japanese troops in Iraq. Written using a huge range of primary source material, including interviews with US insiders and Japanese policy makers, this is a scholarly and lucid account of Japan's relationship to the US and the Middle East from 9/11 to Barack Obama and the death of Osama Bin Laden.

Michael Penn is a journalist and scholar based in Japan. He is President of the Shingetsu News Agency.