A Death in the Small Hours: A Mystery (Charles Lenox Mysteries #6) (Paperback) 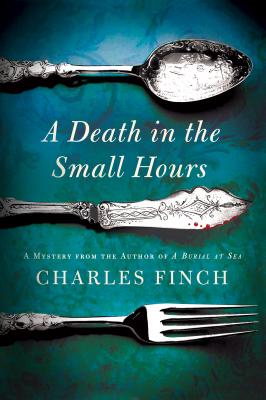 This is book number 6 in the Charles Lenox Mysteries series.

From Charles Finch, the critically acclaimed author of A Beautiful Blue Death and A Burial at Sea, comes A Death in the Small Hours--an intriguing installment in the Charles Lenox Mysteries, deemed "a beguiling series" by The New York Times.

Charles Lenox is at the pinnacle of his political career and is a delighted new father. His days of regularly investigating the crimes of Victorian London now some years behind him, he plans a trip to his uncle's estate, Somerset, in the expectation of a few calm weeks to write an important speech. When he arrives in the quiet village of Plumley, however, what greets him is a series of strange vandalisms upon the local shops: broken windows, minor thefts, threatening scrawls.

Only when a far more serious crime is committed does he begin to understand the great stakes of those events, and the complex and sinister mind that is wreaking fear and suspicion in Plumley. Now, with his protege, John Dallington, at his side, the race is on for Lenox to find the culprit before he strikes again. And this time his victim may be someone that Lenox loves.

“Superb . . . Boasting one of Finch's tightest and trickiest plots, this installment further establishes Lenox as a worthy heir to the aristocratic mantle of Lord Peter Wimsey.” —Publishers Weekly (starred)

“The murder mystery that Finch weaves keeps readers guessing.” —Mary Foster, The Associated Press on A Burial at Sea

“Finch vividly brings 1860s London to life [and] effortlessly inhabits his compassionate hero.” —USA Today on A Stranger in Mayfair

“Beguiling. . . . Character is very much at the core of these whodunits.” —Marilyn Stasio, New York Times Book Review on The Fleet Street Murders