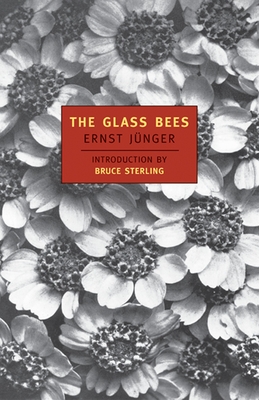 In The Glass Bees the celebrated German writer Ernst Jünger presents a disconcerting vision of the future. Zapparoni, a brilliant businessman, has turned his advanced understanding of technology and his strategic command of the information and entertainment industries into a discrete form of global domination. But Zapparoni is worried that the scientists he depends on might sell his secrets. He needs a chief of security, and Richard, a veteran and war hero, is ready for the job. However, when he arrives at the beautiful country compound that is Zapparoni's headquarters, he finds himself subjected to an unexpected ordeal. Soon he is led to question his past, his character, and even his senses....

Ernst Jünger (1895-1998) was born in Heidelberg and early on developed a fascination with war. As a teenager, he ran away to join the French Foreign Legion, then enlisted in the German Army of the first day of World War I. Jünger’s first book, Storm of Steel, provided a graphic account of his experiences. Jünger kept his distance from the Nazis, and his 1939 novel On the Marble Cliffs presented an allegorical account of the destructive nature of Hitler’s rule. One of the most controversial of twentieth-century German writers, Jünger was the recipient of numerous literary prizes, and continued his career as a writer until his death at the age of 102.

Elizabeth Mayer (1884-1970) was a German-born American translator and editor. In the 1940s her homes in Long Island and New York served as artistic salons for many émigré writers.

Louise Bogan (1897-1970) served as poetry editor of The New Yorker for nearly 40 years and was appointed United States Poet Laureate in 1945. Her Collected Poems won the Bollingen Prize in 1955.

Bruce Sterling is a science-fiction writer and pop-science journalist. He lives in Austin, Texas.