The Search for Historical Meaning: Hegel and the Postwar American Right (Paperback) 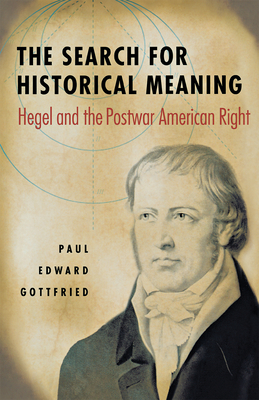 Praised by President Richard Nixon as his favorite read for 1987, The Search for Historical Meaning presents the postwar American conservative movement against a background of ideas with which it has only rarely been identified. This important book—updated with a new preface—examines the influence of Hegelian concepts on the historical attitudes and cultural judgments of prominent postwar conservatives who, because of their concern with personal freedom as a political and ontological value, denounced Hegel while ascribing their own Hegelian ideas to less offensive sources. Gottfried argues that the lack of a true historical perspective was a serious defect in the postwar American conservative movement, and it grew worse in the years that followed. Essential reading for conservative thinkers, political philosophers, and American political historians, The Search for Historical Meaning concludes with an incisive examination of the American conservative movement that has implications for today.

Paul Edward Gottfried is Professor Humanities and Raffensperger Chair of the Political Science Department at Elizabethtown College. He is the author, most recenlty, of Conservatism in America: Making Sense of the American Right.

Praise for the original volume:
"Extremely interesting. The best and most provocative treatment of postwar American conservatism yet written."—National Review