Revolutions in the Atlantic World: A Comparative History (Paperback) 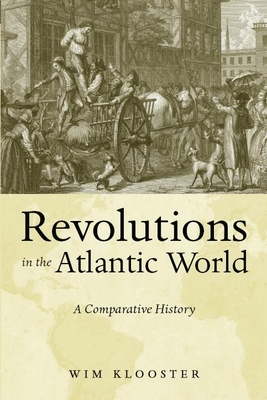 In the late eighteenth and early-nineteenth centuries, revolutions transformed the British, French, and Spanish Atlantic worlds. During this time, colonial and indigenous people rioted and rebelled against their occupiers in violent pursuit of political liberty and economic opportunity, challenging time-honored social and political structures on both sides of the Atlantic. As a result, mainland America separated from British and Spanish rule, the French monarchy toppled, and the world's wealthiest colony was emancipated. In the new sovereign states, legal equality was introduced, republicanism embraced, and the people began to question the legitimacy of slavery.
Revolutions in the Atlantic World wields a comparative lens to reveal several central themes in the field of Atlantic history, from the concept of European empire and the murky position it occupied between the Old and New Worlds to slavery and diasporas. How was the stability of the old regimes undermined? Which mechanisms of successful popular mobilization can be observed? What roles did blacks and Indians play? Drawing on both primary documents and extant secondary literature to answer these questions, Wim Klooster portrays the revolutions as parallel and connected uprisings.